Talk to the Hand

As you can see, a hand spanking from Aunt Kay was not any easier than with any other implement.

Yes, that was indeed made from an outline of her hand. 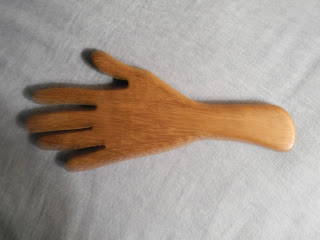 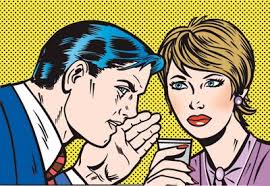 While I continue to have what I think of as interesting thoughts about DWC matters, I wonder if it’s worth the effort to put them out on this Blog. But, I guess writers gotta write. So here’s this one.

The subject is confessing misbehavior to a disciplinary wife. I have had discussions with several men about this. Some consider it absurd, preferring the philosophy that if you get caught, like in “real life”, then you get the consequences. Otherwise, it’s your good luck. Others are committed to a higher standard; honesty, openness, and integrity. While I personally was committed to the higher standard, I’m not really saying it is the better or proper choice. In fact, I only call it a higher standard because it requires a lot more effort; a higher consumption of emotional energy if you will. Anyway, it’s that approach this piece is about.

The commitment to openness and honesty was the starting point of my relationship with Aunt Kay; well before she was Aunt Kay or even knew about my disciplinary bent. In some ways openly expressing emotions was more difficult for her, because her nature was much more privacy-oriented then mine. But it was the foundation for a relationship with an incredible amount of trust. We would have walked into Hell hand in hand.

I believe my preference for the higher standard is echoed by most DWC men. One reason I say that is the incredible impact of the Confessional events at DWC gatherings. The pre-gathering assignment for men was to write an essay about something they felt required disciplinary action to release energy they were still holding for misdeeds, misbehavior, etc, but had kept more or less secret. These were delivered to Aunt Kay upon arrival and she studied them very carefully, observed the women during the first day, and ultimately made assignments for who would “discuss” their confession with who. Some of those sessions delivered such liberation that the men talked about it for years afterwards.

For me, if Aunt Kay looked me in the eye and said “is there anything you need to tell me.” I sucked it up and said what I needed to say. There were even times after a spanking, when I was SO thankful it was over, and she asked “Is there anything ELSE I should know.” And as hard as every word was, I would tell her the truth. There were times she just appreciated my honesty and let it go. But other times she decided that I needed additional disciplinary attention and the consequences were unforgettable.

Like the men I mentioned above who were liberated, by which I mean came away feeling almost brand new, soul scrubbed clean, the medicine brought me years and years of well being and contentedness.

So, at the risk of sounding like a broken record, I'll say - if you are among those who are still holding out, fearful of telling your partner about your needs; maybe it's time.

If this entry helps promote deeper intimacy for any of you I’ll consider it worth my time.

I hope this anecdote brings a smile to you.

Aunt Kay had been corresponding extensively with a couple from the Los Angeles area and made an arrangement for us to fly down from the Bay Area and have an overnight visit with them. The “comedy” began right from the airport.

The man picked us up curbside in an old Volvo that had obviously seen better days. He had a kind of oddball demeanor, vaguely like Kramer from the old show “Sienfeld”. Well, one of the back doors didn’t open properly and I had to climb thru the front to get back there while Aunt Kay rode shotgun.

To say this guy was a bad driver would be as much of an understatement as saying the ocean has a lot of water in it. I do not exaggerate when I say it was like the madcap driving in one of those silent movies. And while driving the back door apparently figured out how to open itself and flew open from time to time.

The arrangement was that Aunt Kay and I would sleep overnight on their boat in a big marina, the name of which I cannot recall – they had a small house in the hills. We had come in fairly early and we decided to all hang out at the marina. I went with the guy went to get some takeout food. When we returned we found a note on the closed hatch of the boat with instructions that we were to report individually to the school principal (meaning in the boats cabin). I was assigned to go first.

Upon entering the cabin both women were very stern and serious and there was a list of my imaginary transgressions which warranted a not imaginary spanking from the two of them. They were quite enthusiastic about it and maybe showing off for one another. And the crack of their paddles inside the fiberglass boat resonated/amplified loudly. When they were finished with me I told him “good luck” as he went to the “Office”.

The marina was populated by quite a few live-in boaters. Some of them had fairly permanent set-ups on the dock alongside their boats; barbecues, sofas, fish tanks, etc. Anyway it turned out that our illusion of privacy during the office spanking sessions was just that; illusion. Apparently the fiberglass hull combined with the open spaces inside it acted more like a speaker system than a muffling wall. Everyone heard everything.

The woman host insisted we meet the neighbors, all of whom were pleasant people. There were a few of comments, good-natured really, about the spankings. It was definitely embarrassing for me. “Kramer” couldn’t have cared less. 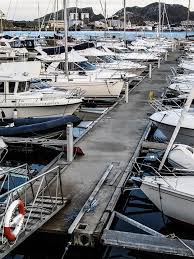 Brass plate with the image of a wife sitting astride her bare-bottomed husband with a birch rod raised to spank him. He holds a cross-reel, i.e. a tool used to wind yarn off a spindle; a typical task for women and children. Netherlandish (Dinant or Malines), ca. 1480. The motif of the wife beating her husband was extremely popular at that time and area.