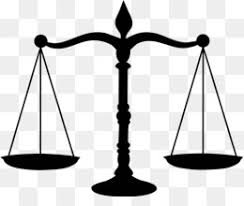 This blog entry is an editorial and hopefully it will persuade some of you to reconsider what it is you are actually looking at on some sites. I'm referring to what is called "captioning" and involves superimposing text onto photographs, the majority of which have been found on the web and "repurposed" for adult entertainment. I  am, of course, speaking to the spanking community. I can't boil the ocean. But if I can raise a little consciousness I'll consider my ranting justified.

Let me begin by saying that if the photo in question was originally done for a spanking site or such, caption away, have a blast. But many are simply women's vanity or glamor shots and I think it is disgraceful to steal these images and project "cute spanking sayings" over them. My god, some of the subjects look very young, sometimes practically children.

I have complained about this stuff before and been told "get over it, it's the digital age now. It's just the Internet."  or worse "It's harmless fun." Well, I guess people can hide behind any justification, regardless of it's truth,  just to get a brief rise.  It's not "harmless fun" Some subjects are literally traumatized to see their innocent images used that way. It's digital rape!

Do they even consider who that person might be? Someones teenage daughter, someones mother, someone's wife? Well, that's exactly who they are.

If this little essay offends you or turns you off from coming to my blog; farewell and have a nice life. If it detracts from your enjoyment of these exploitations, good for you, it's called growth. If it moves you to speak up against this stuff on other forums - welcome brothers and sisters.

When I voiced this opinion to another Blogger it was pointed out that in the early days of the DWC online we did a couple of those captioning things. I own that, I regret it, and we were lacking in the perspective I am sharing now. I had never read accounts of the women effected by this.